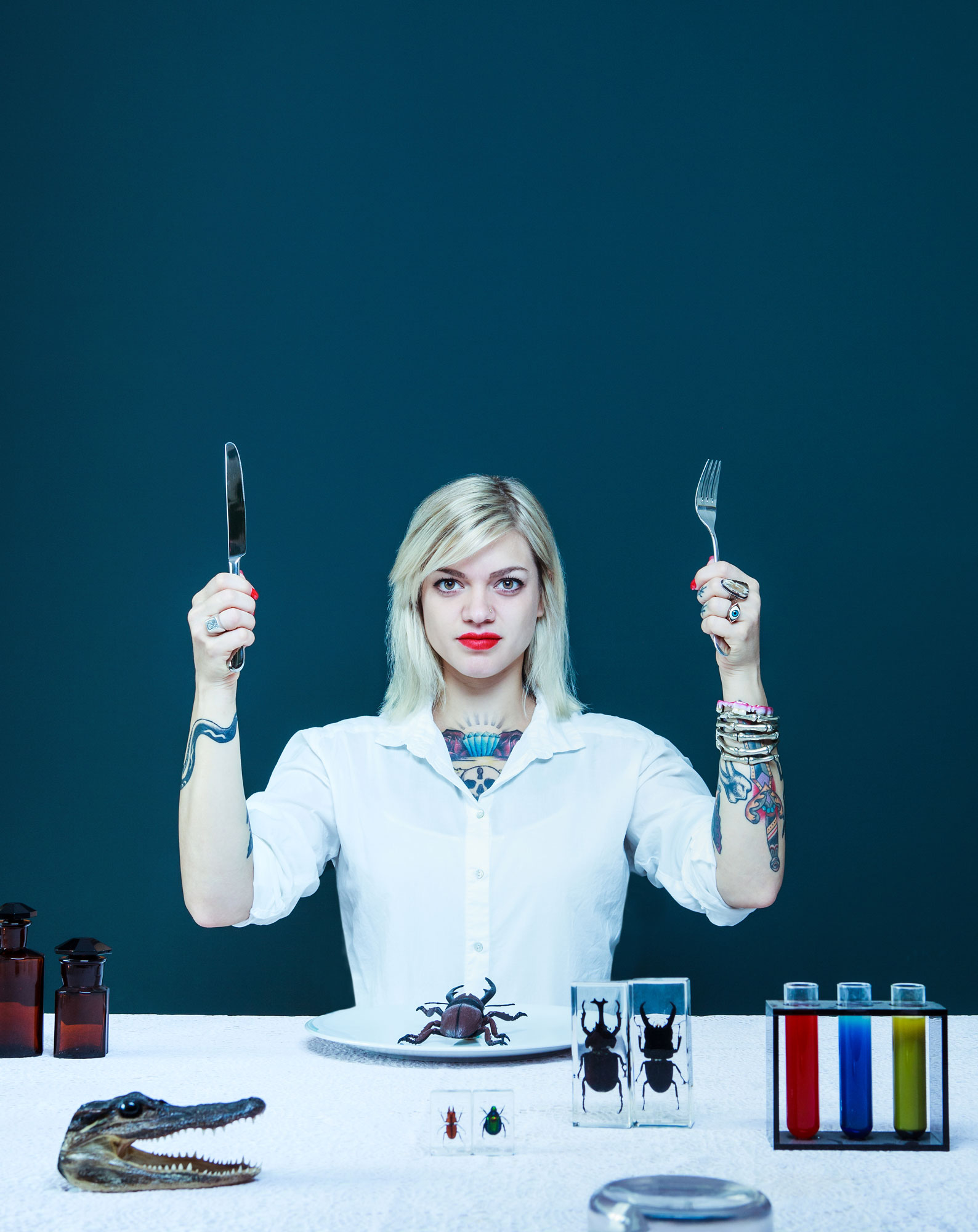 Intro  Food Revolution 5.0 sheds light on one of the most pressing issues of the 21st century: What does the future hold for human nutrition in a society where a focus on growth is coupled with dwindling resources? The exhibition takes a critical look at the global food industry and presents visions being developed by designers, architects, and scientists for much-needed changes in how we deal with food.

Food is essentially raw material that is brought into a certain form, in other words, “designed.” Food design was one of the earliest design tasks of them all and today touches on a host of important issues: climate change and the greenhouse effect, the limits on natural resources and the scarcity of water, poverty and hunger, overproduction and waste, hygiene and health, nature and technology, land grabbing and city planning, trade agreements and protectionism, participation and decision-making power.

In the course of the 20th century, industrialization was a major factor in the development of our diets and in how we handle food. What and how people in industrialized countries eat is for the most part far removed from production. Food has become a mass product that goes through several different stations between farm and table. These stations are addressed by the exhibition in the theme rooms Farm, Market, Kitchen, and Table . In addition, the Laboratory shows university projects undertaken specifically for the exhibition.